Ya know, I'll never get used to the unspoken "Sorry, we cut your work for space this issue," no matter how many times I don't hear it

From the MAGNET web site:

NO AGE Weirdo Rippers
On Melvins’ Hostile Ambient Takeover, metal tunes occasionally coalesced within the dense, gnashing whirl; on Guided By Voices’ Alien Lanes, proto-rock nuggets blasted through a lo-fi lens. Los Angeles duo No Age (a.k.a. ex-Wives members Dean Spunt and Randy Randall) operates in a gnarly middle ground between those two extremes, where chaos and craft enable and embolden one another. First impressions say otherwise: An initial hit of Weirdo Rippers suggests a 10th-generation Misfits or Ramones cassette inadvertently run through the wash then roasted on a clothesline. Further listening reveals an apparent seamlessness. While straight-up, three-chord thrasher "Boy Void" is the exception that proves the No Age rule, the static-soaked, shoegaze turbulence that opens "Semi-Sorted" builds to a storming, kick-drums vs. blitzkrieg-riffing plateau. "Loosen This Job" solidifies almost accidentally from scattered, distorted guitar loops that mimic raw DJ scratches into a messy, disorienting tune where Spunt and Randall muse with an equal measure of rhetorical uncertainty: "Why are there so many records of my life?/Why can’t I just curl up until the night?" A combination of boisterous experimentalism, pop songwriting and bargain-basement production, Rippers makes for one of the year’s most thrilling rides. [Fat Cat, www.fatcat-usa.com]
—Raymond Cummings

LITTLE WINGS Soft Pow’r
Even affable folkies sometimes find themselves brooding in the doldrums. A winning string of sunny albums and guest spots on projects by K Records-affiliated pals established Portland, Ore., musician Kyle Field’s optimistic, surfer-dude persona. Comparatively speaking, Soft Pow’r is a nocturnal break-up bummer, the sort of album you’d want to keep away from a freshly dumped friend battling suicidal depression. As guitars mumble in whispers, drums tap quietly and piano keys plink with an aching melancholy, Field transcribes emptiness into whimpering, feathered-mullet songs, alternating as usual between his normal register and a tune-challenging falsetto so strained it salts old wounds listeners were sure had healed. “Free Bird” (which has nothing whatsoever to do with Lynyrd Skynyrd) might be Soft Pow’r’s most heartrending moment and the most fragile, pretty tune Field has ever written, the lyrics comparing and contrasting gingerly between the comforts of domestic bliss and the uncertainty of solitude. The rueful chorus of “Scooby” (“Scooby’s gone again”) cuts to the heart of Field’s misery through the intermingling of downer ivories, light-touch strums and expository verses such as, “Tall trees overhead are swaying and all the daylight started leaving.” Field’s anguish acts as our commiserative, voyeuristic nourishment—even if we wish he’d just cheer up and move on. [RAD, www.marriagerecs.com]
—Raymond Cummings
Posted by Raymond Cummings at 7:57 AM No comments: 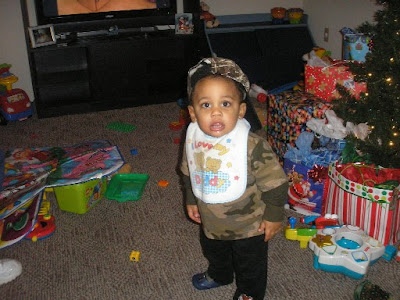 Posted by Raymond Cummings at 12:12 PM No comments: