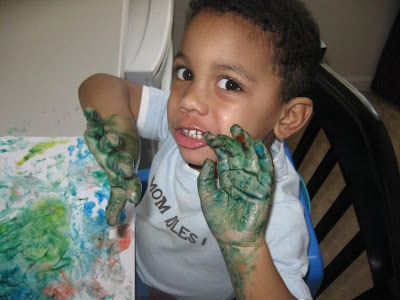 This kid has pretty much every coloring or painting or drawing art implement known to man at this point, for real!
Posted by Raymond Cummings at 7:55 PM No comments:

So all of a sudden I am totally obsessed with this song, thanks to last week's Saturday Night Live. BTW, James Franco, you are somehow hilarious without being even remotely funny.

Posted by Raymond Cummings at 3:49 PM No comments:

Labels: Muse, Saturday Night Live
Top Five Unjustified Hypes of the '00s.
Posted by Raymond Cummings at 10:40 AM No comments:

Just thinking about this story is giving me the shakes. Do. Not. Read. Before. Bedtime.

Posted by Raymond Cummings at 9:56 PM No comments:

I'll refer to Crucial Sprawl here from time to time, but this new site will be the main hub for everything having to do with it. So bookmark it, trannies! If you want to.

Posted by Raymond Cummings at 11:16 AM No comments:

Friday Night Noise: The 10 Best Noise Records of the 2000s.
Posted by Raymond Cummings at 4:10 PM No comments:

Top Five Iffy Comeback Attempts of the '00s.
Posted by Raymond Cummings at 1:14 PM No comments:

While You's various producers recognize that guitars suit her distinctive voice (think Heart), they often opt to digitally sand down its edge or dogpile on the lipgloss-y mall-pop riffage so thick you might as well be jamming out to Avril Lavigne, Kelly Clarkson or Ashlee Simpson. – from a Clevescene review of Animal Collective’s Fall Be Kind EP

"Graze" opens with expansively Disney-fied ambient grandeur, then detours into sinister electronic hem-hawing before exploding into May-Day pan-flute mayhem. "On a Highway" drowsily celebrates the banalities and wonders of mind-numbing, between-shows drives. – from a Clevescene review of Allison Iraheta’s Just Like You

Posted by Raymond Cummings at 4:51 PM No comments:

Top Five Most Successful Comeback Attempts of the '00s.
Posted by Raymond Cummings at 1:13 PM No comments:

Posted by Raymond Cummings at 11:16 AM No comments:

Top Five Worst Songs of the 00s.
Posted by Raymond Cummings at 11:03 AM No comments:

Another mix - for the holidays, for the homies: CLICK HERE.


Peace, love, joy, lame Tiger Woods adultery jokes to you and yours, etc.

Posted by Raymond Cummings at 3:56 PM No comments:

Top Five Hummable/Crossover Indie Songs on the 00s, or something.
Posted by Raymond Cummings at 10:16 AM No comments:

In however many years I've been doing year-end music lists for publications, this is the first one where the process just wasn't much fun, somehow. Possibly because 10 slots - or 20, if you wanna count albums and individual songs together - don't seem like quite enough to really encapsulate what was great about the last 12 months. Possibly because, once again, a slew of promos and downloads didn't even get a cursory spin. Possibly because in the past, like, couple days I've come upon totally fantastic, left-field shit like a bunch of Feeding Tube albums I'm preparing to review, and Telecult Powers. I don't know. There's just no joy in the process. And I have to admit: I was sorta hoping the late-to-the-party Clipse and Gucci Mane albums would be so dope that I'd fume and rage cuz I didn't hear 'em soon enough to consider 'em. Nah. Pazz & Jop comments? Not sure yet. I've a lot to say generally about life and about albums that we're released in years other than 2009. But not so much about music in 2009. Go figure.

Posted by Raymond Cummings at 3:04 PM No comments:

LOL at CP's mass Animal Collective lurve. (I mean, sure, Merriweather Post Pavilion is a pretty good album, albeit one I kinda got over as the year wore on. But was it that good? Really? Like, "Really?!? With Seth & Amy" really?) Anyway, I wrote some year-end things about local music and books there. 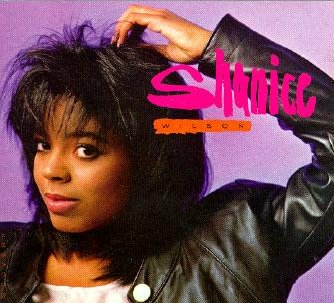 Such a supremely silly, sassy, classy, chic, irrepressible, positive song, though - until I tracked "I Love Your Smile" down online and revisited it recently - I only remember it being irrepressible and positive, a well-spring of easy adoration, a reminder of innocent crushes and sunny early 1990s Saturdays wasted watching videos on television. (In other words, only the titular chorus really stuck with me between that bygone era when this song - plus a bunch of equally fly TLC joints like "Baby Baby Baby," remember those? - was inescapable and the present.) One of the reasons I dug "Every Girl" so much - Young Money Fam's recent, caddish ode to equal-opportunity sex addiction - is that that song draws on the same wide-open, chill vibe, the sense that it's early spring, that anything's possible, that those conditions will persist forever despite reams of convincing evidence to the contrary. "Smile" reminds me of its video, which I mis-recall as lots of soft-focus shots of Shanice smiling beautificly on some anonymous college campus, of watching A Different World and The Cosby Show, of attending Black Awareness Club-affiliated high school mixers, of wishing I had a car and didn't have to rely on the MTA to get around.


You know what, though? There's so much more to "Smile" than that. There are corny-ass 80s-ubiquitous horn breaks. There's a part where Shanice busts some rhymes, and another where she actually says "sike." There's talk of charging a black mini-skirt to a credit card. There's the lyric "I don't see the bad boys trying to catch some play, because I love your smile." There's the sub-textual possibility that Shanice is totally fronting or is engaged in some intramural flirting exercise, that maybe she doesn't actually love your smile. (Maybe she's taking your measure. Maybe she's acting on a dare. Maybe she's just bored.) And despite all that, "I Love Your Smile" remains a totally great period piece or time-capsule item - an onrush of warm, welcoming bass lines and dorky saxophones (yep, you heard right, she really does say "Blow, Branford, Blow," and Branford Marsalis really is wailing on his sax here) and syncopated beats and New Jane swing vocals and soul-stirring pianos with nowhere to be, in no great hurry to ever get there.

Kanye's top five guest raps of the 00s. In our opinion, anyway.
Posted by Raymond Cummings at 4:34 PM No comments:

Adam Lambert
For Your Entertainment
(RCA)

During his run as an American Idol contestant, camp theatrics and gratuitous glam were important weapons in Adam Lambert's arsenal: stratospheric vocal runs, flamboyant costumes, stage-lighting fusillades. This out-and-proud rocker's weekly re-invigoration of the hoariest standards was nothing short of awe-inspiring. So it's hardly shocking that For Your Entertainment plays like a gender-bent hit parade, celebrating Lambert's performance personae while saluting the pop prerogative of co-songwriters/producers like Pink, Weezer's Rivers Cuomo, the Darkness' Justin Hawkins, Lady Gaga and Max Martin.
Everything is on the table: stirring-despite-itself MOR tear-jerkery ("Time for Miracles"), Elton John-maudlin, California-comedown weariness ("Soaked"), trippy space-rock operatics ("A Loaded Smile") and hard, fake Queen destined to surplant Kevin Rudolf's "Let It Rock" as sports-arena fist-pimping anthems ("Music Again," "Sure Fire Winners.") On "Broken Open," Lambert revisits the sumptuous, buttery croon he nailed while covering Tears for Fears' "Mad World" on Idol. Inspiring and varied, Entertainment nonetheless loses points for playing it a bit too safe.

Kid Sister
Ultraviolet
(Downtown)
"Ain't nobody out there making shit/Quite like me, quite like this," boasts Chicago MC Kid Sister on "Big N Bad" from her debut album, Ultraviolet. That's debatable. Quite a few people make shit like this, and many more made it in hip-hop's formative years: It's known as party rap. For some genre purists, the oft-delayed and re-contextualized Ultraviolet will kindle fond memories of Monie Love, Salt-N-Pepa and other femcee veterans, as Kid Sis sprays Romper Room synth-lollipop club beats with squirts of lyrical Cheez Whiz even mentor Kanye West would know to leave on the cutting-room floor. Why? Largely because 2009 isn't 1989, a time when attitude, shamelessness and the ability to string together rhymes — any old rhymes — were all a person needed to declare him or herself an MC. Here, gleeful, middling ineptitude scuttles our heroine's regular-Jane bona fides, infectious personality and promising singing voice. One thing's for sure: These tracks will sound awesome when real mixtape rappers spit on 'em.
Posted by Raymond Cummings at 4:44 PM No comments: