"Jason Priestly and I"

And so it was that Jason Priestly and I found ourselves hiding out in the smoke-swirled, gilded bowels of a well-appointed, exclusive gentlemen’s club somewhere in the deep South, knocking back watered-down shots of brandy gratis, engaging in another one of our free-ranging conversational Wimbeldons, and giddily marveling at our continued good fortune. Only mere moments before, you see, Jason Priestly and I, besieged by salivating hordes of chattering, prepubescent Japanese touristas, understimulated area paparazzi, and exiled Chechnian separatists, were hurtling together down aves and boulevards and side streets and alleys knocking people over and tripping over lap dogs and swearing inaudibly and causing automobile collisions and laughing wildly at the improbability of this whole situation, all the while scanning the homes and shops and churches and assorted edifaces for some sort of refuge, some precious pocket of calm.

After rounding one corner or another, we ducked into a rambling, grandiose mansion and found ourselves panting and sweating in an air-conditioned cedar foyer, confronted by a tuxedo’d, gloved seqouia of a doorman who regarded us with a mixture of undisguised suspicion and seething contempt. After denying our request for admission, this chic, coiffed Goliath icily explained that we were in a member’s-only club, that he doubted we were members, and that even if we actually were members, our present attire failed to conform to the standards of the place. This was understandable. After all, on that sultry afternoon Jason Priestly was the spitting image of the cover of Prick’s epymonous album cover while I was dressed like George Washington – or perhaps, more accurately, the idealization of George Washington embedded in the collective American psyche -- my elaborate period costume replete with a heavy, powdered white wig and non-prescription monocle. Our predicament was compounded both by our inability to feign thick Southern drawls and by the fact that I am a Negro. Drawing instinctively on his prodigious dramatic talents as one of the most able actors of his generation – or any generation, really -- Jason Priestly naturalistically plied our immovable antagonist with all manner of fantastic, fabulist’s falsehoods: he was Jack Bauer, I a fellow covert operative, and we had intelligence suggesting that a terrorist was being harbored here, in a basement S&M den; we were the hired entertainment for a private party inside; we were lost out-of-towners who needed directions to the nearest Waffle House; we were on a mission from God, the particulars of which we were forbidden to divulge; we were in the employ of NBC, decoys for Dateline’s upcoming “To Catch A Racist Cracker” special; he was the victim of the local cable-access version of Punk’d. Our adversary was visibly umimpressed by these tales, but overhearing – and tickled by -- the exchange, a bejowled, soused, fleshy local banker, a Mr. E. B. Doctorow, tickled by the spectacle, intervined, invited us in, and put us on his tab, on the condition that we visit his daughter who was recovering from cancer treatments at a nearby hospital. Mr. Doctorow, mistaking my companion for James Van Der Beek, drunkenly explained that Dawson’s Creek was the girl’s favorite television show and that our assistance in raising her spirits would be greatly appreciated. We promised, taking down directions to the hospital, and Mr. Doctorow sourly remarked on the Republican Party’s travails of late using explicit language I won’t duplicate here. Seizing the moment, we nodded our ascent and engaged our benefactor in some related small talk, until Jason Priestly shook his head and said, “That President Bush, he sure gets himself in some messes.”

“He sure does,” Doctorow sighed, seconds before failing to sip his twentieth mint-julep of the day, instead spilling it all over his face and lapels.

As we were led to our table, I turned to him and whispered conspiratively, “Jason Priestly, you so crazy,” and his eyes crinkled as he chuckled that amiable Brandon Walsh chuckle, and I chuckled along with him as I realized that I was friends with this man, this upper-class, vaguely famous white man, with whom I had very little in common. We bumped fists and fumbled to formulate fake gang signs intended to display a fraternal solidarity.

Over a lunch of fried prawns and scallions that cost as much as a week’s pay for me, we debated Selma Blair versus Renee Zellwegger, with me vigorously defending the former and Jason Priestly sticking up for the latter; we discussed a Joan Didion memoir we’d both recently read; we compared notes on ongoing projects and worries – my writer’s block and what I was doing to break through it, his deep concerns about the rampant individualizing of culture, Richard Grieco’s career path and how being named “Richard Geico” may have been of greater benefit for him, stock-car racing’s bruised malcontents. As we palavered I was reminded of those scenes in Thank You For Smoking where Robert Duvall and Aaron Eckhart are talking over drinks in a private Southern club, and how all of the waiters were, like me, men of color, wearing gloves, and perpetually delivering drinks; then later in the film, after Duvall’s character has passed away and he’s in his coffin, one of those waiters comes up and sets a drink on his coffin. I allow this train of thought to trail off, because I’m not sure what use it is or even if I feel like entering the conversation at the present moment; Jason Priestly is babbling, animated, about fisticuffs with members of Pavement and Corvettes and awards-ceremony giftbags stuffed with expensive gee-gaws, but in my mind I am somewhere else, otherwise engaged – scaling a wall, sending a text message, looping a fancy knot, falling asleep on satin sheets as an episode of Beverly Hills 90210 rolls its end credits, fades to pixelated black.
Posted by Raymond Cummings at 11:31 AM 1 comment: 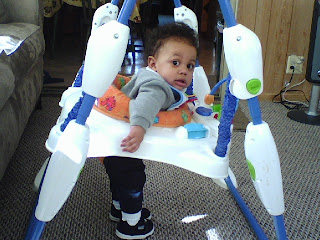 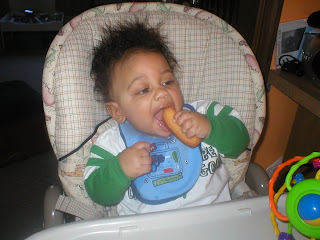 Also: sitcoms, so easy a caveman could do 'em.
Posted by Raymond Cummings at 11:08 AM No comments:

Hypertext from the Underground, Pre-Spring Edition 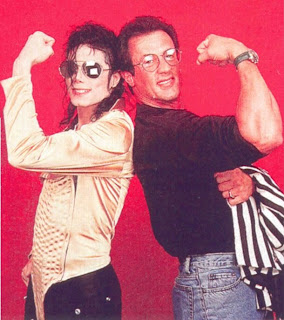 Posted by Raymond Cummings at 11:28 AM 2 comments:

Stranded in Baltimore for the weekend... 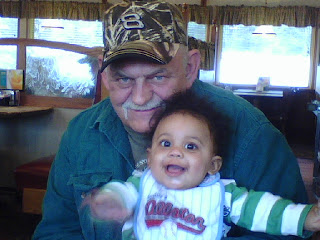 ...because I didn't take the day off today and truck up to Selinsgrove upon waking up this morning, prior to the beginning of a massive (and totally unexpected by me) snowstorm. I had my reasons, but in the grand scheme of things they weren't really good ones. This photo is a few weeks old but it's an example of the kinds of sights I'm not gonna get to see over the next two days. This weekend: shredding and throwing away old crap, scrubbing the tub, cleaning the car, etc. in Owings Mills. Wishing with all my heart that I was with Alecia and Nodin. Wishing I wasn't such a bloody slave to the grind(s).
Posted by Raymond Cummings at 11:23 AM No comments:

Here’s to you, Mr. Invisible-9feetx9feet-Square-Tracing-Eternally-Whilst-Holding-Cellular-Telephonic-Court-In-The-Path-En-Route-To-The-Bathrooms-Coffee-Snack-Machines-and-Kitchenette-Area-Guy. Anybody else would sit down or venture out back beyond the smokers’ area, in order to be able to conduct a conversation with a modicum of privacy and quiet. But you, you with your ever-present, full-to-the-brim coffee mug and all-encompassing self-absorbtion, looking for all the world like an emaciated Richard Dreyfuss circa Down and Out in Beverly Hills, apparently know better than the rest of us. And so, morning after everlovin’ morning at the frequently travelled intersection you’ve unofficially commandeered for your perverted constitutionals, you trace that Godforsaken nonexistent square – sometimes it’s more of a rectangle, I guess – consumed by the voice on the other end, oblivious to anybody trying to pass by, on occasion coming to a full stop in your limited travels at for no apparent reason, head angled down in complete concentration. So we salute you, Mr. Invisible-9feetx9feet-Square-Tracing-Eternally-Whilst-Holding-Cellular-Telephone-Court-In-The-Path-En-Route-To-The-Bathrooms-Coffee-Snack-Machines-and-Kitchenette-Area-Guy: wholescale indifference to one’s co-workers is a difficult talent to perfect, but it appears that in this area you’re a veritable ninja master. -20 VOGUES

No down jackets required, bees beggar audiences
Expectancy settles down like thick pollen sheets
on car hoods
on thawing fears
on patios
on hibernating ambitions

So fuck it. Let's
get ironical
crack wise
hydroplane away on slippery tangents:

"I'll see your narrow, Victorian alleyways
and raise you a daunting sprawl of foreboding backroads:
how you like me now?"
Posted by Raymond Cummings at 7:47 AM 1 comment:

Would you believe I just caught the Wheel of Fortune reference the other day? Bizarre. Don’t watch Desperate Housewives, dudes, but yeah, okay, and the monsoon of luxury fashion brands registers as yet more connective for tighter-than-Fort Knox rhymes I envy way more than the shopping-sprees-with-drug-cash amorality that’s (maybe) supposed to be the point here. Do they mean it, or are they camping? Doesn’t matter; what does (more than the painstaking craft Clipse practice) is the insistent, iridescent synth hook that repeats over and over throughout this song. I keep imagining Pharrell Williams stumbling upon it totally by accident, freaking out over how hot it is, then rushing out to buy some vintage Michael Jackson shades and a Nehru jacket, then coming back and knocking out that series of so-cold, so-sharp notes again and again while pretending to moonwalk until he can’t hold out anymore and so he two-ways Malice and Pusha T at 3 a.m. and says, guys, sorry, but you gotta hear this shit right now.
Posted by Raymond Cummings at 5:43 PM No comments:

Ripping off the Riffraff? Yeah, yeah...

1. Metacritic houses links to a decent number of reviews from major magazines and newspapers, though alt-weeklies are slighted and, really, whoever runs the site should think about expanding its reach a bit. Here are a pair of examples of, just, really incisive and fascinating writing that I didn't even know existed until I started randomly plugging in books and records that've been on my mind lately: possibly the most thoughtful and considered Bret Easton Ellis piece I've come across this decade and an extremely writerly and well-crafted Jay-Z takedown. Dang. 89 VOGUES

2. So, Needlegun. Noise or genre-averse crusaders? I don't rightly know, but I can't stop trying to figure these Baltimore dudes out, and I don't see myself giving up anytime in the immediate future - even after my Signal-to-Noise review's done and turned in. And their Myspace page makes me smile everytime I read it. 95 VOGUES

3. Driving it “like you stole it” through a crowded office park: not cool, not cool. You’re not Jimmie Johnson, you probably didn’t steal it, and in all likelyhood you’re a complete and utter jackass. Striking a pedestrian may equal ten points and broadsiding another car three, but all the non-transferable points in the world mean exactly zilch when you’re doing hard time because you were living it up in a delusional fantasy world where you mistook every last stretch of asphalt for the Autobahn. -57 VOGUES
Posted by Raymond Cummings at 11:37 AM No comments: