Whatever the sound editor on this picture was paid, it was too much; to get a grasp of what's happening with regard to the corporate conspiracy at the heart of the script, you'll need to strain your ears or crank the volume. This murkiness extends to the visual ambience, which takes the title literally; darkness encroaches on every scene without mercy, even the ones shot in lit offices or in parks or on the edges of mountain roads. Anyway, this could have been worse. Mel Gibson chews on his Boston cop accent. He mopes. He fucks bad guys up. He has conversations with his dead daughter. He's haggard more than he's charming, but it fits the milleu and the aura of doom. One gets the sense that many snarky similarities could be drawn between the plot and his present circumstances; let's leave that to TMZ, shall we? B
Posted by Raymond Cummings at 2:42 PM No comments:

If there's a God - or any justice - Seann William Scott's sociopathic, parkour-proficient burglar will score his own Get Him To The Greek-esque franchise spin-off; he's the only reason to watch this movie, let alone talk about it. (He's got maybe 20-30 minutes of screentime. You kind of don't need to bother with the rest.) Otherwise, Tracy Morgan overhams for his paycheck, while Bruce Willis doesn't even bothering phoning his performance in; Jason Lee is wasted in a supporting role as Ashton Kutcher, I guess. I was totally ready for the other detective team to be on the take, ala Shaft; the actual bad guys were totally dimensionless Mexican drug thugs outta Central Casting. Why did anyone think this homage to 80s buddy-cop flicks was a good idea? D+
Posted by Raymond Cummings at 2:27 PM No comments:

Labels: Cop Out, movies, NUTSHELLED
"To apply for this position, you are directed to the employer's web site" = "Like it or not, this is the first of several dozen times that this employer will casually, knowingly jerk you around"
Posted by Raymond Cummings at 2:19 PM No comments:

Josh Duhamel makes that mock-clueless Josh Duhamel face the ladies so love. Kristen Bell tries out every I-wanna-be-Kelly-Ripa humor in her playbook. Jon Heder appears as the title dork of Napoleon Dynamite doing Garth Brooks doing Chris Gaines/Criss Angel, or something, and Pedro4Preseident is there to videotape it in a gag so obvious that maybe it isn't a gag. Or something. In Rome! Cameos galore. I was entertained enough, you know? B
Posted by Raymond Cummings at 11:46 PM No comments:

Labels: movies, NUTSHELLED, When In Rome

Labels: TRANSLATIONS
"Our new online system allows job applicants to log on using a username and password to check the status of their applications at any time" = "Fuck all y'all"
Posted by Raymond Cummings at 11:04 PM No comments:

Labels: TRANSLATIONS
"We're all adults here"/"Act like an adult" = "I hereby give myself license to act like an asshole in mixed company"
Posted by Raymond Cummings at 11:03 PM No comments:

I believe I've officially passed the point of no return: I will apply for any Austin-area job even tangentially related to my skill set.
Posted by Raymond Cummings at 2:12 PM 2 comments:

Go ahead - try to convince me that bidding out projects where someone, with a straight face, offers $1 per article for the editing, writing, or re-writing of 35-60 articles about whatever doesn't, like, redefine slavery or slave-labor. Bring me around to your way of thinking and lead me into the promised land where people are able to realistically survive and thrive on these kind of inhumane freelance wages. Seriously? Really?
POST-SCRIPT: Out of desperation, I signed up with oDesk. You should, too, if you want to get a sense of how low in devalued human mental labor is in mid-2010.
Posted by Raymond Cummings at 12:44 PM No comments:

Lindsay Lohan closes her eyes and imagines popping flashbulbs, screaming reporters, an unforgiving judge, but in actuality, she becoming someone else's bitch.

Lindsay Lohan is listening to Javelin's "Lindsay Brohan" on an iPod someone smuggled in.

Lindsay Lohan is carving a Desert Eagle out of a bar of Irish Spring soap.

Lindsay Lohan is snorting a line of laundry detergent off of the toned abs of a leering inmate who will never again be a free woman.

Lindsay Lohan is cleaning up at poker in the mess hall.
Posted by Raymond Cummings at 12:30 PM No comments:

ON "CHILD OF GOD" 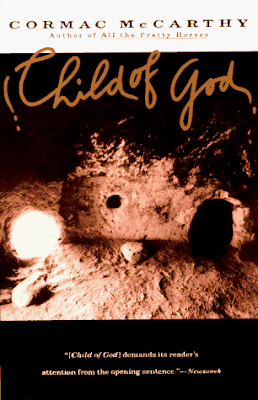 So I'm about halfway through the ponderously and peculiarly titled Child of God, which - owing to its pervy, necrophilic kink and loosely-plotted structure - probably isn't going to be made into a major motion picture ala The Road or No Country for Old Men anytime in the immediate future. (But, you know, a Blood Meridian flick is in production as I type this, which is all kinds of insane. Whoever green-lit that project couldn't have read through the book, which is so mesmerizingly disturbing. that I'm unable to find a punchy phrase that accurately captures its noisomeness. But back to Child of God's own special brand of perversity: Billy Bob Thorton would make a perfect Lester Ballard, right? I mean, can't you picture him wandering through forests and shooting wolves and generally acting like a belligerent hillbilly?)

One of the things I love about Cormac McCarthy - and this is something that doesn't come up much in reviews of his books, that I've seen, anyway - is how deftly he traces cracks and fissures at the fringes of American life in whatever era he's addressing, how everything's withering away to nothing, to anarchy and rot. There's just a sense of inescapable hopelessness that inhabits ever sentence and manifests itself here in the neverending series of abandoned shacks and rundown houses Ballard claims as his own as he grifts his way through rural Tennessee, making enemies and alienating people.
I wonder if this tendency is McCarthy being prescient - if, on some level, these various books are mean to serve as warnings thatt sooner or later, as we sink deeper into the ongoing Long Emergency/Nobodies apocalypse, we're all going to be living the way his various narrators wind up living: dispossessed, on the run, only legends in their own minds.
Posted by Raymond Cummings at 8:11 PM No comments: 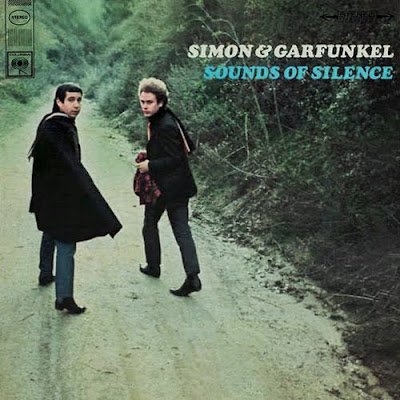 Posted by Raymond Cummings at 12:24 PM No comments:

If you receive an email everytime I post something here and want to keep receiving them - i.e., if you are reading this in an email - and want to keep getting said emails, please let me know. If I don't get a response, I'll assume you're not feelin' it, and I'll take you off the list. Thanks.
Posted by Raymond Cummings at 9:50 AM No comments:

Presto: makeover!
Now I just need to find the time to actually blog in an interesting way. And I need to maybe put up a link list. And I need a job.
Posted by Raymond Cummings at 6:39 PM No comments:

Drake phoned it in, The-Dream went short on plot and long on atmospherics, Plies was hilarious when he wasn't settling for conventional. I want to believe.
Posted by Raymond Cummings at 6:31 PM No comments:

...this blog needs a makeover.
Posted by Raymond Cummings at 6:31 PM No comments:

"I'm in Round Rock, Trick" doesn't have quite the same ring to it as "I'm in Austin, Trick," does it?
Posted by Raymond Cummings at 7:13 PM No comments:

I'm Ray Cummings, and I approve the Harvey Girls' not-quite-macabre new album.
Posted by Raymond Cummings at 10:48 AM 1 comment: